This Father’s Day, Future Generali India Life Insurance urges fathers to make a ‘Health Promise’ to their children with the film #AapkiHealthMereLiye

Mumbai, 14th June, 2018: Seizing the occasion of Father’s Day, Future Generali India Life Insurance has unveiled its new digital campaign #AapkiHealthMereLiye urging fathers to recognise the need to stay healthy by making a sincere ‘Health Promise’ to their children. Despite being the ultimate caregiver, fathers often tend to overlook their own health. Recent studies too suggest that an alarming number of urban men suffer from lifestyle related health diseases such as high blood pressure, diabetes and hypertension. With its latest campaign, Future Generali India Life Insurance reinforces its commitment towards the health category by focusing on fathers in a manner that effectively echoes the emotion of the day. It challenges the usual approach to Father’s Day advertising, by reversing the role play and having fathers gift their children an intangible albeit valuable gift of health instead of the other way around. 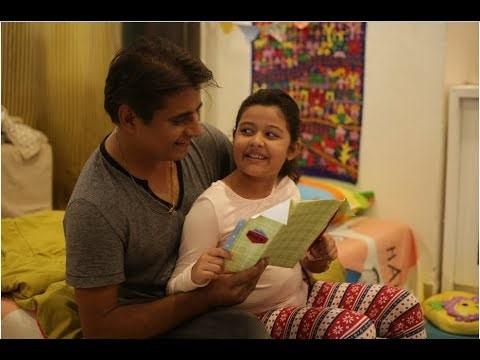 In a heart-warming ad film, a little girl is seen frantically rummaging about in her father’s room while struggling to decide what would make for an ideal Father’s Day present for him beyond the obvious possessions that her dad already has (such as ties, belts, shoes) but doesn’t use. Noticing an abandoned set of dumbbells under the bed she retorts that her dad has everything at his disposal, but never the time to spare for exercise or even go cycling with her. On the final morning she excitedly greets her father with a handmade card that seeks from him a Health Promise - a promise of his health for her reassurance.

Rakesh Wadhwa, Chief Marketing Officer & EVP, Strategy & Retail Assurance, says “When viewed from a child's perspective, fathers have this aura of invincibility around them. To their children they might be superheroes with powers to solve all the problems, but in reality they need to be reminded to attend to their own well-being and good health which often takes a backseat while catering to the needs of their family. This Father’s Day, with #AapkihealthMereLiye we want to hit the right notes in celebrating the quintessential father while driving home a meaningful message by asking dads to make a simple health promise to their children and remain the superheroes they are.”

In addition to the digital ad film, the campaign is being effected via contests on various social media platforms such as Facebook, Instagram, Twitter & LinkedIn through a series of interesting customer engagement activities. In the run up to the launch of the ad film, customers were engaged on Facebook in conversations on what according to them would be the best Father’s Day gift. The campaign is being sustained through a contest on Instagram, Twitter & LinkedIn encouraging fathers to write a promise to their kids and post the same from their handles, tagging friends and relaying the challenge ahead.

Generali is an independent, Italian Group, with a strong international presence. Established in 1831, it is among the world’s leading insurers and it is present in over 60 countries with total premium income exceeding €68 billion in 2017. With over 71,000 employees in the world, and 57 million customers, the Group has a leading position in Western Europe and an increasingly significant presence in the markets of Central and Eastern Europe and in Asia. In 2017 Generali Group was included among the most sustainable companies in the world by the Corporate Knights ranking.

Future Group Future Group operates some of India’s most popular retail chains including Central, Big Bazaar, Food Bazaar, Home Town and eZone. Apart from its allied businesses in Life and General insurance, the Group is also present in the domain of logistics infrastructure and supply chain and brand development. The group operates over 17 million square feet of retail space in over 90 cities and towns and 60 rural locations across India. The group’s retail formats connect over 300 million customers to over 30,000 small, medium and large enterprises that supply products and services to its retail chains. Future Group believes in developing strong insights on Indian consumers and building businesses based on Indian ideas, as espoused in the group’s core value of ‘Indianness.’ The group’s corporate credo is, ‘Rewrite rules, Retain values’.

IITL was incorporated in the year 1933 as an investment trust Company. It has made bonus issues thrice and has been consistently paying dividend to shareholders over the years.

Do you want to get physically and financially fit this financial year?