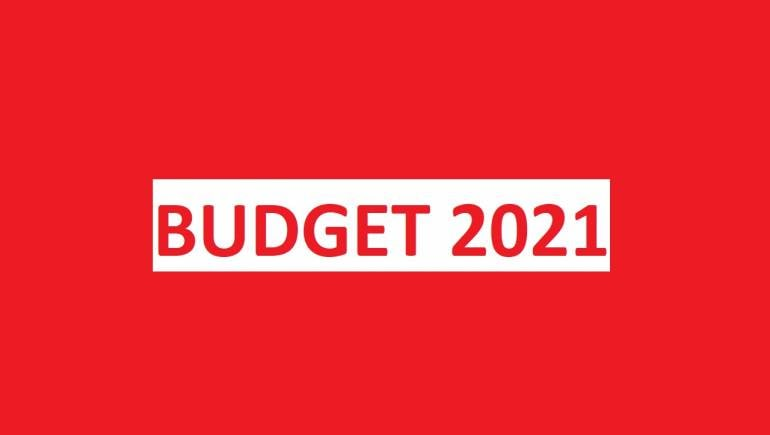 The Government will have to take on the mantle of pump priming the growth by focusing on reviving demand both by making investment and by putting more money in the hands of the consumer.

The year 2020 began on a note of extreme uncertainty due to COVID and ended on a note of 'Renewed Optimism' of a strong recovery. The narrative for the year was largely dominated by COVID-19 and the divergence that ensued between the real economy and financial markets. However, towards the end of the calendar, the economy also started witnessing positive growth impulses thanks to the swift and responsive 'financial vaccine' in the form of monetary and fiscal measures. It was again complemented with strong structural reforms such as Agriculture reforms, Labour reforms, Production Linked Incentive scheme and Education Reforms akin to the 1991 reforms, that will have a long term impact with the potential to drive economic growth for years to come.

While it is conspicuous that India will see a rebound in FY22, owing to the base effect and normalisation, what's more important is the growth in post COVID Era (beyond FY22). Budget FY22 should thus be a step in the direction of creating and establishing a growth conducive platform that would support growth for this decade. Initially, when the COVID crisis started, most of the countries in the West believed that it will be an ordeal for a country like India to deal with the crisis. Fast forward to now, India has emerged much stronger and resilient than most of its Western counterparts. India is relatively in a sweet spot to accelerate and given this backdrop, we reckon the Budget FY22 to be actually a historic one, something which should leave an indelible mark in the new Bharat.

The Government will have to take on the mantle of pump-priming the growth by focusing on reviving demand both by making investment and by putting more money in the hands of the consumer. The budget assumes larger significance as monetary policy has so far done the heavy lifting in 2020. Now, with the room for further monetary easing closing, driven by the rise in commodity prices & policy normalisation, fiscal policy will have to take on the baton in 2021.

We believe, the government's spending towards infrastructure, social sectors as well as relief to sections impacted by the pandemic will decide the pace of economic recovery. We expect the government to prioritize spending in areas such as Agriculture; Manufacturing; Healthcare; Infrastructure; pandemic affected sectors such as Financials (NBFC’s), MSME's, travel and tourism; and relief to farmers and lower-income households. We believe reforms that boost long term growth and productivity will find the ‘pride of place’ in the budget.

This budget should address the long-pending contagious issue around the funding mechanism of large infrastructure projects. We have been reeling under for ages and it's high time that we come out with a panacea in the form of Public-Private Vehicle, a professionally managed entity which has the ability to raise capital and take on huge projects, which would have a burgeoning positive impact on Bharat. The budget needs to have its focal point around this and come out with a strong vision & blueprint. In order to ensure that recovery gains momentum, the Budget has to ensure higher allocation to infrastructure investments boosting capital expenditure, which would have a multiplier effect on the economic recovery, generate employment and lead to capacity creation. Besides, we also expect the budgetary support to continue under National Infrastructure Pipeline (NIP), which would serve as an equity support to infra finance companies such as IIFCL and NIIF and can be leveraged to create a financing pipeline for infrastructure projects.

India must build its ability to manufacture goods that it has never produced before, incentivise the Make in India push & realise its potential to become a great economic power. On the efforts to boost manufacturing, the production-linked incentive scheme seems well thought out and has attracted global attention. One will have to see the design for other sectors, but this can be transformational. We expect the scope of the scheme to be widened to cover more labour intensive and export-oriented sectors such as leather, garments, textiles, Engineering goods and Gems and Jewellery.

FY22 budget will need to allocate resources for the vaccination drive which will be one the largest in the world. Currently, a lot of uncertainty remains on how many doses will be needed and cost per dose and whether it will be provided free of cost. However, in our view, the cost of a universally free vaccine would be prohibitive. We expect a good amount of outlay here as our Prime Minister has already shared his commitment and resolve to fight against this pandemic.

The budget will allocate resources for additional recapitalization for PSBs, as it would enhance the lending potential of PSU banks, which is much needed to support the cyclical upswing. Also, there is a possibility of creation of a potential bad bank and the government may come out with the roadmap on the privatization of the PSU banks.

To achieve deeper penetration and higher capitalisation of insurance companies, there is a need to increase foreign ownership from 49 percent to 74 percent for this critical sector.

The COVID shock has disproportionately impacted lower-income groups. The government could look at cutting income tax rates for the lower-income groups to put more money in the hands of the consumer. It could also look at more innovative ways to achieve this by allowing withdrawal of a small percentage from PF or NPS.

Budget is likely to address the challenges of Hotel, Travel & Tourism sector. The sector is one of the major sources of employment. The Budget needs to provide helping hand to this sector as it is one of the largest employer. For urban areas, measures may also include incentivizing companies to expand their workforce.

To sum up, The Union Budget FY22 will indeed be a tight ropewalk for the government as it will be expected to set the strong course for India's V-shaped recovery and also ensure fiscal consolidation path. With the government being cognizant of the fact that economic recovery would largely hinge on the strong measures taken to revive demand and ease supply-side constraints, we believe the Budget will be a strong step in this direction. Besides with the backdrop of the world reeling under severe pressure of COVID and China getting some backlash because of COVID crisis, India is relatively in a sweet spot to accelerate the pedals of economic growth. Budget 2021 indeed presents us with great opportunities and we hope that this Budget will be transformational for India.

Opportunity in Adversity : Rakesh Wadhwa Mr. Niraj Kumar with an experience of over 2 decades has advice for retail investors post Budget.