Digitisation is not the purview of innovation or technology team only. The whole function has to be taken into cognizance with constant feedback and then digitisation or digital transformation will be successful. Byju Joseph, CTO at Future Generali India Life Insurance, believes the needs of the end-user of that innovation have to be understood without their involvement no innovation can be successful.

In a free-wheeling conversation on BFSI Tech Tales, Byju Joseph, Chief Technology Officer at Future Generali India Life Insurance (FGILI) shares the technology and innovation strategy adopted at FGILI, what kind of implementations they’ve been exploring and focusing upon, how do they tie-up with InsurTechs and their cloud adoption journey. Edited Excerpts: 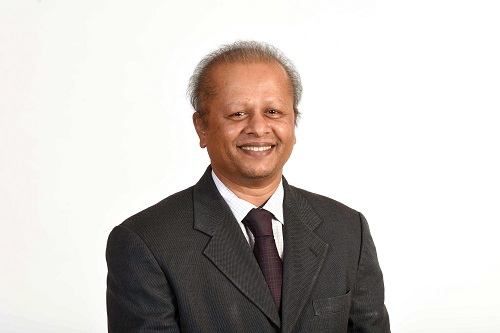 At FGILI, the technology strategy is based on three pillars: innovation, digital & transformation. The insurer prioritises innovation in order to become a lifetime partner of customers (lifetime partner – a concept by the insurers parent arm Generali to support customers with integrated services). On the customer side it has a flexible approach towards need based offering, 24*7 service support & advisory as well. The insurer enables distribution by launching mobility platforms and B2B2C ecosystems. FGILI also focuses on transforming and digitising sales and operations through simplification, automation and emerging tools.

Byju adds there are additional 5 digital layers within their technology strategy: “One, we see innovation as a separate focus area. Second, we look at automating entire customer relationship management. Third, Adopting smart automation across making it simple for employees, customers & distributors. By smart automation, Byju shares, we don’t implement blanket automation across ops but in areas where simplicity can be achieved to support business.”

Fourth, Using data analytics extensively to cross-sell and up-sell (refrains from calling the word AI as he believes it’s still much hyped but assures it’s embedded in their systems). The aim here is to drive meaningful output through analytics and emerging tech in a manner which adds revenue or helps in top-line or bottom-line. Fifth, Building an agile organisation and be more experimentative in nature.

He adds, "In technology there are two functions, traditional IT and DevOps. Every function has a target to be agile and it is important to adopt agile to support innovation."

Technology leaders often have to answer key questions like benefits, scalability, etc., before implementing any innovation or technology developments

Byju says, “The primary asks for any implementation is will it solve the problem we are facing or does a solution to our problem already exist? Beyond this question there are other factors like, who will innovate and benefit out of it? Do we have resources to support it with willingness to execute it? How will we determine the success of innovation?”

“We don’t do big bang stuff but do small small implementations, faster you fail sooner you learn and then you succeed with the next version.”

He highlights that any innovation in experiment stage is subject to failure, as soon as the above key asks are answered we get on a experiment mode or POC (proof-of-concept) and test, evaluate and analyse that experiment, followed by cost-benefit analysis documentation, approvals and full scale implementations happens after that

“No large scale implementations are carried out unless POCs are successful.”

Byju strongly feels that it is clear that not everything can be done internally. At FGILI the internal focus has been on innovating from simple to advanced processes across value chains. Externally, they collaborate from start-ups to leading tech counterparts.

Byju says partnering with start-ups is interesting as there’s room to co-innovate and grow together.

It’s partnership with one such InsurTech Arya.ai which automates and underwrites the entire human based decisioning system to a complete machine decisioned output. “Humans are not displaced but help humans to make better informed and smarter decisions.

We partnered with Arya.ai to automate and underwrite an entire human based decisioning system which is completely machine decisional. Not replacing humans but helps to make humans better informed and smarter decisions. We didn’t have internal capacity, wherewithal to make this happen so we partnered them.”

On their tie-ups with leading tech giants, Generali Global tied-up with Google to adopt key platforms like cloud and analytics and it will help in getting cross-continental learnings. Second, they have also tied-up with Microsoft, “Our entire cloud partnership is with Microsoft including cognitive platforms are on Microsoft.”

They (large tech cos) don’t co-innovate (unlike start-ups) with us but help us to put platforms in place.

For Byju at FGILI, cloud adoption is a gradual process. He confidently says anything distribution facing and customer facing has to be cloud native without any questions. While we can move the virtual infrastructure to the cloud but we’ve taken a conscious call to make it a private cloud within the data center. By 2021 end, around 65% of my infrastructure will be on cloud.

“We take a balanced approach, I would want to put an application on cloud only if it’s cloud natïve and not just for the sake of it.”

Ruchira Bhardwaja on Changing Paradigms in Performance Management How to write a resume to land your dream job for any profession?