The end of a physical office era 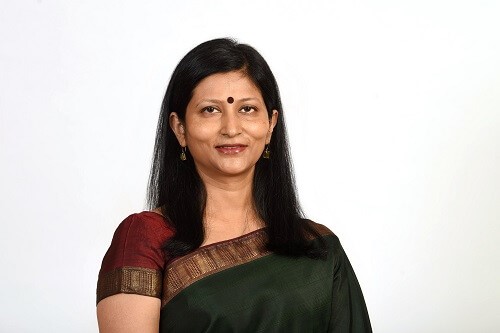 On September 20th,1994, 32000 AT&T employees including the CEO to the telephone operator stayed home. Not because they were on strike, but they were testing the concept of telecommuting – “how far a vast organization could go in transforming the workplace by moving the work to the worker instead of the worker to work.”

According to a recent survey by UPwork Chief Economist, approximately upto 20% of the workforce will continue working remotely plus another third would prefer the hybrid way of working. BCG's recent Workplace of the Future Employer survey quotes all-encompassing benefits of higher productivity (by 15-40%), reduced attrition (by 10-15%), lesser absenteeism (40%) and potential cost reduction (20%+) in real estate usage.

What did the sudden shift in trend do for the Companies?

What started as a precautionary measure at the beginning of the pandemic is now pivoting into an altogether different structure – one that inclined towards cost efficiency and enhancing employee productivity. The realization that we are into this for a long haul made companies and establishments adapt to the new work space trend. The need to be physically present at the “office” was replaced by the need to be visibly present at “MS Teams”.

While companies have been adapting to a multi-phased approach to bring employees back to the office space, there has been an intrinsic realization that work could be done remotely. As a result, companies have been busy adapting to the idea of working remotely and building the process ecosystem around the thought. Technology and digital landscape are being augmented to meet the demands of a multifarious workforce.

As the cost advantages of giving up office space took shape, complete transformation of people processes started gaining currency too. As the processes of talent acquisition, onboarding, performance management, productivity measurement were being re-designed and the purpose of managing teams was being re-articulated, a definitive pattern about remotely managing work has emerged. Companies such as TCS earlier and Tata Steel recently were confident enough to announce the shift. According to recent news, companies such as Google’s parent company Alphabet, Morgan Stanley have either stopped acquisition of additional office space or announced that “it can operate with effectively no footprint in the future.”

The erstwhile office space, as we know it, has been redefined. Physical proximity of the manager does not necessitate a higher level of delivery. Training need not be always delivered in a brick-n-mortar set-up. Performance measures need not be evaluated annually, but can be broken into weekly productivity tasks. The emerging flexi & efficient ways of working has made the office space defunct.

Emergence of the virtual organizations and the gig-economy of skilled, independent professionals is also augmenting the redesigning of the office space. PwC, Accenture, McKinsey, Deloitte have been predicting the freelance revolution, which will see increased momentum post the pandemic as it offers reduced fixed costs and an alternate workforce who can contribute remotely. Independent studies by Paycheck, Randstad Source sight report that companies surveyed plan to replace upto 1/3rd of their workforce with gig workers over time.

What will the new workspace trend offer?

Maximize the use of minimal space: As and when people start attending office after being in a long lockdown period they would prefer collaborative, informal and open spaces as against cooped-up cabins. The emerging work space is more about touch-down tech hubs, shared workstations, open network areas. Increasingly, spaces would be created for interdisciplinary teams to come together and collaborate on new products and services. Focal idea would be to maximize the use of minimal space.

Advent of new workspace jargons: Equip yourself to understand the distinctions between open plan office, benching, desking, free address (sensors and scheduling systems help you find your workspace for the day), hot desking so that “employees can touch-down” to work, flexispace, Biophiliac design “celebrates connections of humans to other forms of life / to nature”

Wellness & Care at work: Anywhere lounging habits that were cultivated while working from home would lead employees demanding such familiarities at the workspace too. Height-adjustable work-surfaces, lounge, sofa; providing “psychologically safe physical space” wherein one can be more agile to shift their workspace with “Swiss army knife furniture” that can be modified easily for multiple uses, might become the norm.

Collaboration focussed digital tools: The limitations of the current collaboration tools will lead to the advent of next-gen applications, fussing not only on meetings but getting work done collaboratively with multifarious workforce (remote, hybrid gig, on-site etc.).

Creation of ‘Personal-Space’ within the Workspace: The employees going back to the office would crave for privacy during a particular client / customer call or during performance discussions. They would need private hubs with proper acoustics for such discussion.

What are the positives of the trend?

In many ways, other than the physical or virtual workspace, the “office” has got redefined. The work-hours have become blurred leading to an adverse impact on work-life balance. The break times are no-longer so frequently available for a random catch-up with colleagues. Most significantly, people are not taking extended leaves / holidays / away time from the workspace. While footfall to the office may have reduced but work has continued to happen at an unprecedented pace.

Last, but definitely not the least, is the considerations of environment sustainability. The new way of working and the new workspace is promoting lower commutes, both inter and / or intra city / geographies / countries, thus creating a space which promotes a healthier and sustainable proposition. The Environment, Social, Governance (ESG) goals are becoming integral to organizations’ strategies.

According to Jennifer Magnolfi Astill, one of the leading researchers on the evolution of workspace, it is “increasingly clear that the pandemic has accelerated the natural evolution of the office away from a productive space to both a learning space and a space to solve complex problems,” both of which need physical space.

Although the new work space is still evolving, however, it is clear that the erstwhile office needs a rejig. Today AT&T is amongst many adopting the “Alternative Workplace”. The pandemic has helped us reinvent the workplace. The physical office is becoming an add-on to the virtual workspace; it is being repurposed. “You grow; you get more office space” model may be passé.