Breaking down the various costs of cancer medication 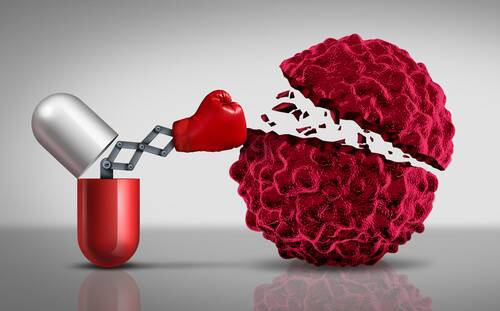 Incidence of cancer has risen, because of a variety of factors, including modern-day eating habits and lifestyles. According to data from the India Against Cancer(1) initiative, 2.25 million Indians are living with cancer, and every year, more than 11.5 lakh new cancer patients are registered.

What are the many costs of cancer treatment?

Cancer treatment costs include multiple consultations, surgeries, radiation and chemotherapy apart from post-surgical care and constant diagnostic tests and monitoring. The costs also vary, depending on the stage of cancer, and the kind of cancer. There are further variations, based on the number of chemotherapy or radiotherapy cycles/sessions, the kind of hospital (private or government, or one offering subsidised treatment packages).

A 2017 Ernst & Young (EY) (2) notes that a woman suffering from breast cancer will need more than one hospitalisation and the average cost for multimodal care in a private hospital can be anywhere between Rs 5 lakh and Rs 19 lakh. Early detection can also mean fewer expenses. The EY report points to a breast cancer treatment cost analysis at a well-known private facility, wherein costs increased by 1.5-2 times because of delayed detection. Advanced cancer therapies such as targeted therapy or immunotherapy would mean a two or three-fold increase in costs.

Shweta (42), was recently diagnosed with breast cancer. Suddenly, the mid-level executive had a lot to grapple with. The shock of diagnosis followed by the emotional trauma was one side of the story. The next step was to think of treatment. Her oncologist advised surgery followed by chemotherapy of at least 12 cycles. Next, Shweta had to think of the financial costs involved, which as estimated, could cost anywhere between Rs. 5-19 lakhs. Although she knew of the benefits of cancer insurance, she had not imagined that she would ever get into a situation such as this. So, she had never paid any thought to getting it. It is wise to consider getting such a policy seriously so that someone like Shweta who is already dealing going through an emotional roller coaster has something to fall back on. No one likes to imagine the worst, but it is best to be prepared.

In the recent past, there has been some good news on the pricing of drugs front, though. The March 2019 move by the National Pharmaceutical Pricing Authority (NPPA) to impose a ceiling on trade margins of 42 anti-cancer drugs means the MRP of over 100 chemotherapy, targeted therapy and hormone therapy drugs will drop by up to 85 %. Also, the MRPs of 390 anti-cancer non-scheduled medicines have reduced by up to 87%. Further, in May this year, nine other drug prices were slashed.

Although the slashing of prices is great news, cancer treatment continues to be a huge burden.

The cost of cancer treatment, as explained above, can be a huge burden on the patient and the families. A cancer insurance policy comes as a boon in such cases. Shweta, the mid-level exec, who was well-versed with the benefits of cancer insurance, should have also gotten such a policy. After all, planning for any eventuality means taking into account cancer, the second leading cause of mortality in the world today, according to WHO. (7)

Summing up, it’s wise for those planning to secure their future and stay prepared to include terminal illness cover in their plan.

Getting diagnosed with Cancer is really heart breaking, and because of our lifestyle and surroundings, the risk of getting Cancer is on an all-time high. Cancer cases in India is skyrocketing and nobody is safe. The most demoralizing part about Cancer is that it not only affects your health but also puts a major burden on your financial status. However, the financial burden that you face can be eased with the help of a Cancer insurance. A cancer insurance policy by Future Generali will help you stay financially and psychologically secure in case you or a family member of yours is diagnosed with Cancer.

Are Indian women more prone to cancer than men? Breast Cancer Awareness: How The Right Information Can Save Lives