Evolution and Future of Cancer Treatments 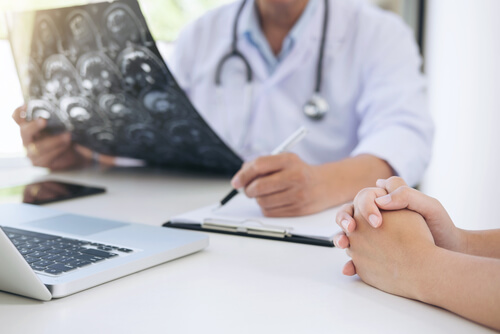 In 2009, Trish was diagnosed with stage II Triple Negative Breast Cancer (TNBC). Unlike other kinds of breast cancer, TNBC is resistant to hormone therapy and certain drugs. But radiation, lumpectomy, mastectomy, and chemotherapy can still help. So, Trish underwent a radical mastectomy followed by 12 rounds of chemotherapy with Taxotere. With the cancer gone, she focused on rebuilding her health. Unfortunately, a decade later the cancer was back, and this time, it was more aggressive.

While the old drug Taxotere may no longer help her, BOS172722, a new drug, may just prove to be the cure for cancer she’s seeking. Scientists at London’s Institute of Cancer Research discovered that this wonder drug could contain aggressive cancers. When combined with Paclitaxel in lab dishes, BOS172722 caused the cancer cells to divide much more rapidly than was normal.

The time for cell division went down from 110 minutes to a mere 15 minutes. The combination of BOS172722 and Paclitaxel also blocked MPS1, a protein needed to organize chromosomes during cell division. The result was that the cancer cells accumulated fatal errors, which caused them to die out.

The road that lead to effective drugs like BOS172722 has been a long one. Here’s a timeline to recall the fascinating journey of cancer medications and treatments.

1. Surgery – For over 3,000 years, it’s been the practice to cut out a cancerous lump. However, cancer surgery hit a milestone in 1882, when William Halsted performed the first known radical mastectomy to remove breast cancer. This procedure remained popular until the second half of the 20th century. And to this day, it’s still used when doctors want to adopt a conservative approach.

2. Radiation – As the 19th century drew to a close, Marie Curie and Pierre Curie discovered radiation. In 1903, radium was used to treat two cases of basal cell carcinoma for the first time. The results were successful. Radiology developed into a separate branch of medicine, and oncologists began to work with radiologists to aggressively treat certain cancers.

3. Chemotherapy – By mid-20th century, researchers at the Institute of Cancer Research were working on the possibility of using chemicals as a cure for cancer. And with successful trials in 1942, a new class of chemical cancer medications came into effect. Chemotherapy is still used, sometimes in combination with surgery, to reduce the risk of cancer’s recurrence.

4. Hormonal therapy – Toward the latter half of the 20th century, there were new hormone-based cancer medications on the radar. The groundwork for this dated back to the late 1800s, when Thomas Beaton discovered that removing the ovaries helped breast cancer patients. In the mid 1900s, Charles Higgins reported that metastatic prostate cancer regressed significantly after the testicles were removed.

These successful finding paved the way for development of cancer medications that are beneficial in certain hormone-related cancers like breast, ovarian, uterine, and prostate cancer. Hormonal therapy either blocks the body’s hormone production mechanism or interfere with the way the hormones impact the body. With further research, cancer medications based on this therapy can even help reduce the risk of hormone-dependent cancers.

5. Vaccines – In 1983, Dr. Zur Hausen discovered that cervical cancer biopsies revealed the presence of the Human Papilloma Virus 16. In 1984, HPV 16 and HPV 18 were both linked with cervical cancer. With the discovery of the viral link to cancer, vaccines for HPV were developed. In 2006, the FDA approved HPV vaccine Gardasil, and in 2009, it approved Cervarix.

These vaccines reduce the chances of infection with the viruses that lead to certain types of cancer. However, for cancers that are not linked with viral causes, vaccines cannot be developed. Other cancer medications can help treat the disease.

So, how far are we from the cure?

The timeline shows that cancer medications and treatments have evolved significantly in the past two centuries. However, a cure for cancer remains elusive for most strains of the disease. Nevertheless, there are two radical treatment protocols that are changing the face of cancer treatment.

Despite the tremendous progress, a comprehensive cure for cancer remains undiscovered. While we may be close to developing cures for certain cancers, the cures for many others seems a long way off. To improve the prognosis, the ICR is also working on solutions that focus on long-term survival instead of a cure. If that is successful, mutation of cells can be halted even in patients with advanced cancers. This drug, however, may take around 10 years to be made available.

In the meantime, it’s best for common people to focus on prevention and early detection. Cultivating healthy lifestyle habits can help. Any suspicious lumps or moles need to be checked out. And cancer insurance can prove to be extremely beneficial in case the disease comes knocking. Since cancer isn’t one illness, but a group of diseases, it’s a smart move to read the fine print on the cancer insurance policy to identify the kinds of cancer that are not covered.

Can People Get Cancer Even If They Don’t Smoke Or Drink? 10 Foods That Can Cause Cancer In Long Run