Can You Get Life Insurance If You Smoke Cigarettes? 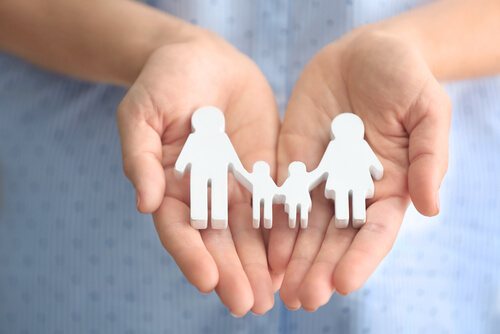 When it comes to providing for and protecting our family’s futures, people are always ever-ready to go the extra mile. That is why term insurance policies have become increasingly more common today. People find term insurance to be a simple, flexible and economical method of providing insurance cover to safeguard their family’s future needs. However, despite an individual’s best intentions to provide for his or her family, there is a lifestyle choice they may not realise plays an important role in the process - smoking.

Does that mean people who smoke cannot avail term insurance? Let’s find out.

Akash and Sourav, two co-workers, had a lot in common in terms of their family structure, needs and lifestyles. For a while, they had both been discussing the many benefits of buying term insurance to secure their family’s future. After some research, they found the perfect term insurance plan from a trusted provider and decided to avail it.

A month later, Sourav was surprised to find that even though his term insurance plan was good, Akash had been able to avail the same plan with more benefits. Akash was paying a lower premium, his maturity age was a decade higher than Sourav’s and he had been able to enjoy certain discounts too. It turns out that the only difference between their two term insurance plans was the fact that Sourav was a smoker while Akash was not.

Therefore, to answer the question “can smokers avail term insurance?, the simple answer is “yes, they can”. However, the much more relevant question here would be “can smokers avail term insurance with the same benefits that non-smokers can?”. The answer to that question would be a definite “no”. They may have to pay higher premiums and only be able to avail a policy with shorter terms. This distinction between the two has some compelling reasons behind it.

Availing Term Insurance As a Smoker

The first thing of note here is that insurance companies calculate the premiums of a term insurance plan based on a number of factors. Age is certainly one of them. But there are others such as health, lifestyle and life expectancy. As you know, a medical examination is typically held at the start of the process which provides insurers with a variety of health-related information about the person. All of these factors help them determine the ideal premium for the individual, as it varies from case to case.

Hence, the term insurance plan for a smoker differs from that of a non-smoker since various data and studies have proven that smoking adversely affects a person’s health and shortens their life expectancy.

As for life expectancy, the relationship between smoking and early death is clear. Studies in the past have shown that people who smoke, die about a decade earlier than people who don’t. 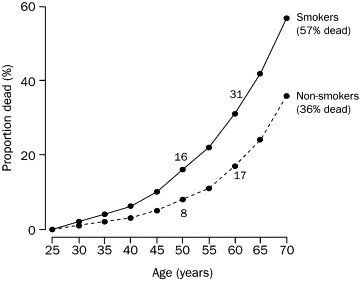 Hence, the risk factor for an insurance company is higher with respect to a smoker than a non-smoker. Therefore, the premium amount asked from a smoker tends to be higher as well. Similarly, the policy term and maturity age for the term insurance for a smoker will be shorter as well due to the projected lower life expectancy. Due to the high risk factor, they may also not be eligible to avail a variety of premium discounts or benefits offered by the insurer for non-smokers.

What can smokers do differently?

As is the case with all lifestyle choices that lead to unfavourable results, smoking is a habit that needs to be reconsidered. It is important to review whether keeping the habit in our lifestyles is worth more than the toll it takes on our term insurance expenditure as well as on our overall health.

As far as term insurance goes, companies are more likely to look favourably upon individuals who have recently quit smoking or are in the process of quitting smoking. For example, a smoker trying to quit smoking might pay a higher premium in the first year or two years of his term insurance. However, after he has definitively quit the habit, certain insurers might allow him to have his premium recalculated to a much lower amount when the time comes to renew his policy.

For instance, when the time came for Sourav to renew his policy, he asked for his premium to be recalculated. Soon after he had found out about the difference between his and Akash’s plans, he had decided to quit smoking for good. He had never realised the scope of the financial burden this habit was causing on his family. And sure enough, this time his term insurance premiums were far lower and he could avail and enjoy the same benefits as Akash.

Apart from this , the decision to quit smoking has other health advantages as well. Of course, it increases your life expectancy and reduces your risk of developing a serious illness. But it also improves your immune system and blood circulation, enhances your taste and smell senses and improves the appearance of your teeth and mouth. Here are 5 more reasons to quit.

People who smoke often say that it helps them cope with stress. However, this temporary solution for stress can come at a major cost. And this cost extends far beyond the lakhs of rupees smokers spend every year on cigarettes. It costs smokers far more in insurance expenses than their non-smoking counterparts. But most importantly, it can cost them several years of their lives as well as expose them to a higher risk of contracting a fatal illness. These costs can only be avoided by completely cutting the habit out of one’s life. So, if you’re a smoker, remember that it truly pays to quit smoking altogether.

Once you decide to quit, consider Future Generali Flexi Online Term Insurance Plan, that covers you financially till the age of 75 years.