Can Death Be Denied? A Brief History Of Humanity’s Obsession With Immortality 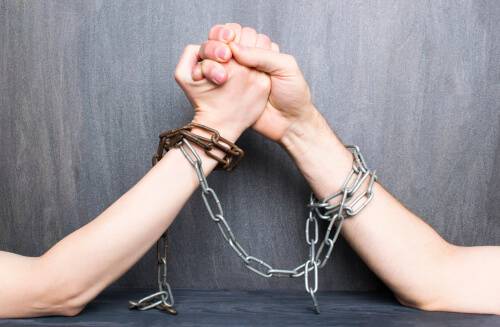 Humans are perpetual seekers, intrigued by everything enigmatic and ambiguous. The eternal quest for immortality is one such fascinating subject that cuts across time and space in human history. From the 16th century Nobles who drank gold to extend their life, to the Sumerian King, Gilgamesh who was in search of the magic herb that could make him immortal - history is replete with tales of humans harboring an obsession to live forever . More recently, this obsession has led the scientists to research on deceiving death through experiments in genetics, robotics, cryonics, and more. Here’s are some lore that paint a history of humanity’s obsession with immortality:

Chinese Emperor, Qin Shi Huang
Qin Shi Huang is remembered as the first emperor of a unified China. Despite the vast wealth, power, prestige and territorial supremacy he commanded, he decided what he had wasn’t just enough. The only thing he didn’t have was the ability to live eternally, and he sent scouts to various places rumored to be knowing something about immortality. Meanwhile, the Emperor was making use of the alchemical elixirs made by the Chinese medicine man who suggested that drinking mercury would be a great idea. Shi Huang bought this idea and greedily consumed mercury. As fate would have it, he died an early death at 49.

Sumerian King, Gilgamesh
Gilgamesh was a demi-god Sumerian king who ruled an area called Uruk. He was very successful leader responsible for rise of city-states, but also a cruel tyrant who enslaved and tortured his subjects. Along with his god-send friend and lieutenant, Enkidu, he conquered large swathes of territory until Enkidu was killed one day. Enkidu’s death made Gilgamesh distraught, but also strengthened his ambition to conquer death in order to avoid meeting a similar fate as his friend. He later came to know of a rare magic herb that could keep him alive forever. Gilgamesh did manage to find this amazing herb, the very last of kind in its existence, but it was seized out of his hand by a snake that swallowed it to become immediately young before his eyes. After this, Gilgamesh surrendered to death, and hope to live on forever through his deeds that he had left behind.

Self-mummification of Buddhist Monks
Historical records reveal that Buddhist monks always took part in a practice called self-mummification that began with a grueling diet and training process spanning several years. The special diet that includes a disgusting embalming potion, is believed to preserve their bodies. Then, they seal themselves up inside a closed chamber and meditate for years. After a few years, the chamber is opened to check the body for decay. If there are no visible signs, then the mummification process is believed to be successful.

Cryogenic Preservation of Human brains after death
With medical advances over the years, multiple people have insanely gone to the extent of cryogenically preserving their bodies after death with all of them pinning their hopes on some futuristic technology that can systematically unfreeze and replenish their bodies. Given that there is no proven technology for uploading one’s brains after death it simply may not be possible in the future, this has not weakened the people’s obsession to live forever.

Silicon Valley’s Foot in the Door
Funded by Silicon Valley elites, researchers believe they are a few steps away from achieving immortality by tweaking the human body, although the scientific nature of the methods is still debatable. Scientists and entrepreneurs are rigorously researching a variety of techniques, from blocking the process of ageing and the practice of transfusing young blood into old people’s bodies to gene therapy and telomere lengthening treatments. In a bid for super long life, noted silicon valley billionaires like Google founders Sergey Brin and Larry Page, Amazon founder Jeff Bezos have pumped in monetary funds into secret health ventures like Calico, and companies such as Unity Biotechnology, Sierra Sciences, BioViva, et al, that aim to solve death or at least hope to combat the effects of ageing .

Can death be denied?

Thanks to the wonders of modern medicine and holistic nutrition in the last few decades, global life expectancy has steadily increased for nearly 200 years, leading to a decline in late-life mortality during the latter half of the 20th century . However, the shifting focus from lifespan to health span today poses new queries if humans can really deny death and continue to live forever. A relatively recent concept, doctors and scientists are increasingly alluring to lengthening the patients’ health span, by staying youthful. Because being old is difficult, and one would want to live longer only if these longer lifespans include ever-longer youths, free of extended period of struggle . So, as it stands today, clearly, death cannot be denied.

As humans are mortal beings, they cannot afford to ignore the importance of term insurance that not only provides a financial guarantee in case of the insured’s demise but also lets him live in peace. Term life insurance covers an individual’s financial liability and ensures his family’s financial safety by providing a death benefit in his absence. Term insurance plans are usually cost effective, and online term plans are even cheaper allowing you to save on premium by 40 to 60 percent.

Buying term insurance online? Here's what you need to know! Can You Get Life Insurance If You Smoke Cigarettes?