Here's how a term insurance benefits your family 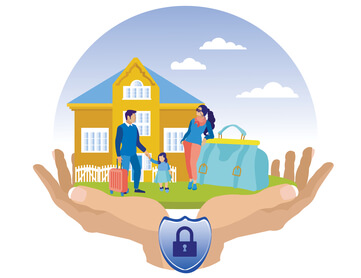 The incident of Sheetal’s mother passing away had shaken the entire family on a fundamental level. Thankfully, there had been no financial setback since the insurer had settled the claims on time and the entire funeral could be carried off without a glitch. At the time of her mother’s death, Sheetal’s father had been lucratively employed as well and thus the family was able to continue living the lifestyle that they had become accustomed to.

Sheetal’s father, on the other hand, always had better health than most of his peers and ended up outliving his term insurance policy tenure. However, he was extremely angry when he found out that once his term insurance matured, not only would he no longer enjoy insurance but he would also lose all the money that he had paid as insurance premiums over the many years of his employment.

When Sheetal was approached by an insurance agent regarding her own insurance cover, she insisted on availing term insurance with living benefits so she could avoid the situation she now found her father in.

There are several benefits for the family of the policyholder availing term insurance, which can be read about below.

A term insurance with living benefits allows policyholders to retrieve the funds they have paid as premiums until the time of the policy’s maturity. It allows retired persons to live a comfortable and debt-free life, and pursue their own interests and activities.