What is the LTCG tax in ULIP? 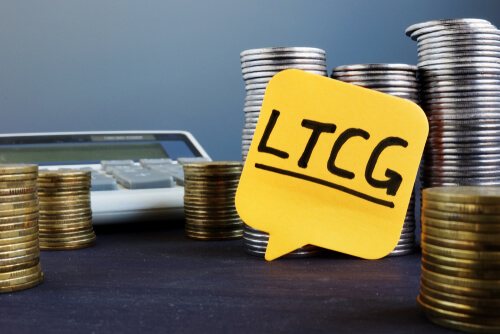 ULIPs always had an edge over equity funds

Before the Union Budget was announced, ULIPs were tax free under Section 10(10d). So what happens is that from maturity to early surrender if the life insurance’s assured sum is more than annual premium, the policy proceeds are tax free, not to mention ULIPs have a 5-year lock-in period. Because they are insurance products, this is the case. ULIP s have a completely different cost structure compared to mutual funds because of its investment component. As in other articles, it has already been mentioned that ULIPs are a hybrid of investment and insurance. Hence, it has the characteristics of insurance, it is guided by a few rules of income tax as well.

Talking of LTCG tax in ULIP , one must know that ULIPs are exempted from this.


Now what exactly is LTCG tax?

Investors need to pay this tax over the returns earned by them from their investments in the long run in several market instruments. Equity funds like mutual funds are taxed under LTCG tax at 10.4%. Take an example, if balanced schemes are held for a short term, maybe less than a year, then the capital gains will be taxed at 15%. That is one reason most investors prefer ULIPs as more viable financial instruments when it comes to investment.

On top of this, death benefit in ULIPs is free of any tax. So, keeping in mind LTCG tax in ULIP, the tax benefit makes it a better option compared to mutual funds.

Other important features of ULIPs

Most of you prefer a reliable source of savings and investment. Hence, you get prefer the demand-driven market. Following the introduction of the concept of financial inclusion, which has led to financial awareness, there has been a rise in innovative schemes focussing exclusively on customers needs. One component is unit linked insurance plans (ULIPs). They offer a lot of benefits, be it coverage or fund-driven returns, when you invest. The premium that you pay goes into 2 parts - one half is paid towards the insurance cover to keep it going and the other half goes to other options of fund for investment.

One of the most important features of ULIPs is addition of value to the core investment amount. This addition is subject to tax exemption as per few provisions under the Income Tax Act, 1961. Because ULIPs have a 5-year lock-in period, they have the additional advantage of tax benefits which includes benefits of LTCG tax, which can in turn help you cover your long-term goals.

On the other hand, if you talk about the charges in ULIP (premium allocation charge, mortality charge, charges involving fund management or policy administration charges) ULIPs have a more complex structure than mutual funds and the former does not fall under the same bracket. LTCG tax in ULIP gives an upper hand to ULIPs and other benefits include the choice of switching funds and flexibility associated with the LTCG taxation benefits.

For both long-term and short-term gains, ULIPs are products with zero tax liability, not to mention that LTCG tax in ULIP is not applicable. As mentioned before, ULIPs come with continuing tax benefits and has no impact following LTCG taxation.

If you hold your investments for more than a year, your profits will be considered LTCGs. In case of ELSSs, they will be taxed at 10% but if you consider ULIPs, they will be free of any tax. But what experts believe is that the amount of tax paid should not be the only consideration while you invest. For example, it is always better to pay taxes on profits of Rs 500 than having a tax free profit of Rs 100. When you compare both ELSS and ULIPs, you must understand that the latter takes more than 10 years to provide the same profit margin as that of the former. LTCG tax in ULIP gives no benefit to ULIPs, when ELSSs are taken into consideration.

We all want a little extra something in life. Same is true for our investments as well, so we have created a Unit Linked Insurance Plan just for that. With us, you can now dream much more.

Presenting the Future Generali Big Dreams Plan , a comprehensive Unit Linked Insurance Plan, that lets you create wealth while enjoying the benefits of an insurance plan at the same time.

ULIPs for senior citizens: how to invest in your grey years What is the minimum amount I need to invest in a ULIP?