India is on the cusp of a virtuous economic growth cycle, which will culminate into stronger momentum of earnings recovery and help markets perform reasonably well, says Kumar. 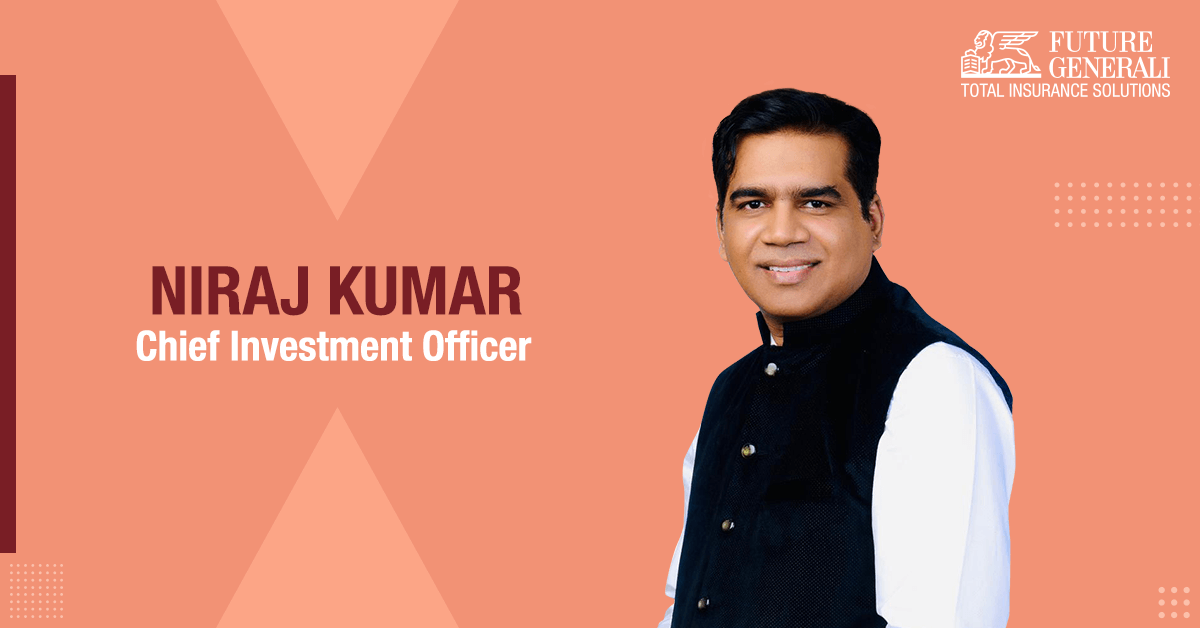 Not many of us will associate ephemeral with bond yields as they continue to worry markets but that is what Niraj Kumar, Chief Investment Officer, Future Generali India Life Insurance Co Ltd, thinks—the recent weakness in the market due to rising yields is a passing phase that should be leveraged as a buying opportunity.

Kumar, who has 20 years of experience in managing investments, creating wealth and building business, manages assets worth about Rs 5,000 crore.

The financial year 2021-22 will be a year of a strong economic rebound in India despite short-term risks that the second COVID wave poses, says Kumar who was the head of equities and fund manager with Aviva Life Insurance before moving to Future Generali. In an interview to Moneycontrol’s Kshitij Anand, he says mid and smallcaps are likely to do better and outperform the largecaps in FY22. Edited excerpts:

Do you think US Fed’s dovish stance will continue in FY22?

The Fed’s recent ‘dovish stance’ and pertinent statements on the outlook is indeed a reprieve for the debt and equity markets, as it cleared a lot of clamour that the markets were clouded with.

The Fed’s categorical response of ‘don’t assume the tapering unless we say so’, no rate hike till 2023 and explicit articulation of inflation spike being transient should quell the market fears of high Inflation and anticipation of a change in stance earlier than prescribed.

The US Fed emphatically stated that it will maintain an accommodative stance in its monetary policy until it achieves its goal of maximum employment and inflation of 2 percent over the longer run.

While the Fed has acknowledged the improvement in the economy, it still remains short of achieving its mandate on unemployment and Inflation.

So the outlook for equities as an asset class would remain constructive as long as the Fed remains accommodative and gives a sufficient heads up before initialisation of tapering.

We continue to believe that the Fed would keenly try to keep a lid on the bond yields as any premature tightening of the financial conditions may have counterproductive repercussions and can jeopardise the nascent recovery that we are in the midst of.

Therefore, we see the recent weakness due to the rise in bond yields as ephemeral and should be leveraged as a buying opportunity by the investors.

The rise in US bond yields above 1.7 percent has led to a knee-jerk reaction on Dalal Street. Which is the level at which the money will move from equity to bonds?

Bond yield trajectory is indeed imperative for all asset classes, including equities, and can have some impact on flows in the emerging markets in case of a trigger of ‘risk-off’ mode due to anticipation of the withdrawal of accommodative stance and liquidity.

Prima facie, yes D-st has been reacting in lockstep with the global markets and global cues of late. But, the knee-jerk reaction in India is indeed transient in our view, if we were to perceive things in the context of macroeconomic fundamentals.

The impact of the rising bond yields is more palpable in countries with weaker macro fundamentals than the ones with stronger macros.

A classic case in point being countries such as Brazil and Turkey, which have been forced to hike rates, as they need to deliver positive real rates to attract fund flows and thereby protect their currencies.

The headwinds of rising crude prices and rising rates can lead to some minor pullback but beyond that we don’t see this as a major threat to growth.

In FY21, the Sensex and the Nifty rallied a good 70 percent. Do you think investors should pare expectations for FY22?

While optically the markets may have given a whopping 70 percent returns in FY21, one has to identify that these returns are stemming from the backdrop of an unprecedented decline of 40 percent in the Nifty over February and March 2020.

Thus it is indeed the lower base since the beginning of April 20, which has led to the returns look outsized. However, if we were to see it on a base of January 1, 2020 levels, the Nifty is up by a modest 15 percent.

FY22 is going to be a year of a strong economic rebound in India, despite the short-term risks looming from the second wave.

India is on the cusp of a virtuous economic growth cycle, which will culminate into stronger momentum of earnings recovery and aid the markets to perform reasonably well.

However, at incumbent levels, markets are indeed pricing in quite an amount of earnings expansions expected in FY22.

Thus post the stupendous rebound, we believe investors should expect more normalised returns over the medium to long run, which would be in line with normalised earnings growth.

Which sectors are likely to hog the limelight in FY22?

We believe the Union Budget FY2021-22 has rightly laid the foundation for a growth conducive platform that would aid in a major economic rebound for India.

The government has clearly prioritised growth over fiscal conservatism, which, in turn, bodes well for the continuation of the economic/earnings recovery. This backdrop adds credence to our view that domestic cyclical sector will outperform the traditionally defensive sectors.

We remain highly constructive on sectors like banking & financials, metals & mining, capital goods, infrastructure, cement, autos, etc, which will be the direct beneficiaries of the cyclical upswing in the economy.

Besides, sectors that are the prime beneficiaries of government policy reform thrust (PLI & PSU divestments), should do well going forward.

Small and midcaps hogged the limelight in FY21. Do you think the momentum will continue in FY22?

Broader markets have surely made a strong comeback in FY21, with the Nifty midcap 100 and Nifty smallcap 100 indices delivering 101 percent and 128 percent returns versus 70 percent for the benchmark Nifty 50 index.

However, yet again this has to be seen in the perspective that mid & small caps are actually coming out of a three-year brutal bear market.

If one were to compare the returns since the beginning of 2018, Nifty midcap and Nifty smallcap indexes have delivered a CAGR return of just +3 percent/-3 percent respectively in comparison to 11 percent CAGR delivered by the Nifty 50 index.

Going forward, we expect mid and smallcaps to further catch up and outperform the large-cap indices. Mid and small caps generally tend to perform well in an economic upcycle, wherein they tend to benefit disproportionately from operating and financial leverage.

We believe that we are at the cusp of one such economic upcycle and that mid and smallcap companies will also partake in this recovery and perform well.

What is your outlook on gold, crude oil and silver?

At a broader level, we are very constructive on commodities. However, within commodities, we have to be mindful of the demand and supply drivers for individual commodities.

For example, while crude oil has rallied ~ 25 percent since the beginning of the year, the upside has been supported by artificial curtailment in supplies. OPEC+ counties have taken out more than seven million barrel of crude oil supply out of the market since the onset of the COVID-19 pandemic, which has supported the prices.

These countries have agreed to extend the production cuts into April, which has led to the last round of the rally in crude oil prices.

This makes us believe that as the demand recovers, this will be covered by these idle capacities coming back into the market which will put a cap on the prices.

Similarly, for gold, the outlook depends on various macro-economic variables such as inflation, growth outlook, etc. Gold prices had a relentless run at the peak of the COVID-19, as risk aversion among investors led to a flight to safety.

However, as the economic growth has rebounded, we have seen some correction in gold prices. We believe gold can find favour again if inflation starts posing some real threat to the pace of global economic recovery.

5 Ways to Have a Fun yet Safe Holi with Your Kids In interaction with Niraj Kumar, Chief Investment Officer, Future Generali India Life Insurance Co. Ltd