How Detecting Cancer Has Improved Over The Years 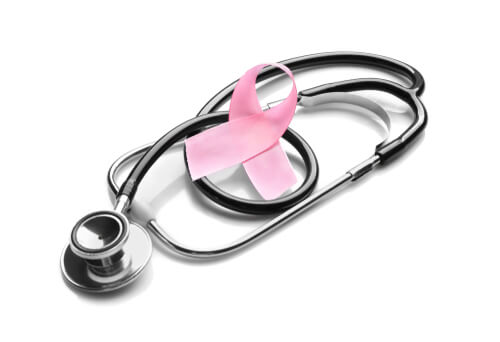 We have come a long way from not knowing what the mysterious disease that spreads uncontrollably inside bodies, from tissue to tissue and organ to organ. Now, not only is cancer detection or cancer screening something that is a robust mechanism for cancer diagnosis, the integration of cutting-edge technology helps us check for cancer even if symptoms aren’t visible.

Cancer is a term used to refer to a group of diseases. New cells keep growing in our bodies to keep replacing the ones that die off. Sometimes, the new cells grow too fast and in places where previous cells haven’t died. Diseases that cause an uncontrollable growth of abnormal cells in the body are referred to as cancer.

Cancer through the ages

Ancient Egypt: Researchers examining Egyptian mummies chanced upon fossilized bone tumours, with other evidence, too, pointing towards osteosarcoma (bone cancer). However, it’s not only remains of Egyptians that give us a clue about cancer back then. Certain recovered manuscripts, too mention a disease that one could assume to be cancer. An Egyptian text on trauma surgery discusses the removal of ulcers or tumours from the breast, labelling the disease untreatable. Understandably, cancer screening was not a concept back then.

Ancient Greece: The term cancer can be traced back to the Greeks, when Hippocrates, the father of medicine, coined the terms carcinos and carcinoma, referring to tumours that don’t form ulcers and tumours that form ulcers. It is safe to say that back then, cancer detection was unheard of.

Sixteenth to Eighteenth Century: During this time period, medicine was beginning to change. More and more scientists conducted autopsies, studying diseases, understanding them better, and writing about them. While certain methods of surgically dealing with cancer evolved, there were no such methods for detecting cancer.

Nineteenth Century: The nineteenth century saw advances in medicine and the birth of what we now know as scientific oncology, given the convenience of studying cancerous tissues under microscopes. This greatly helped scientists better understand what cancer does, how it works, and how it can be dealt with surgically.

Twentieth Century: George Papanicolaou, while conducting research to understand the menstrual cycle came up with what we now know as the Pap test (based off his name). He realized that it could be used as a way to screen for cervical cancer and help with cancer diagnosis and started presenting his findings in the 1920s. It took a while for the method to catch on, and it wasn’t until the 1960s that it got popular, when it was endorsed by the American Cancer Society. Post that, the cervical cancer death rate has dropped drastically.

The twentieth century also saw the development of mammography methods, which helped screen for breast cancer, and have since caused a decline in deaths from breast cancer as well.

The latest in cancer detection

Additional tests, which are recommended based on a person’s age and gender, also help screen for thyroid, mouth, skin, lymph nodes, testes and ovarian cancer.

Technology is finding its place in every single industry, and healthcare certainly is benefitting. Artificial intelligence uses neural networks to learn, much like our brains do. The difference being, we can only spend a specific amount of time learning before we tire out. AI, on the other hand, can learn for hours at end, without tiring and process the information seamlessly, simplifying the process of cancer diagnosis. NIRAMAI, for instance, is changing the face of cancer detection by employing AI to detect and diagnose breast cancer in women.

So, tools that look at scans, pathology slides and other such material are proving to be super accurate at detection, sometimes even performing better than humans who do that job.

We knew cancer existed, but it took until the 20th century for us to find ways to screen for it. Technology has rapidly evolved since then (and still continues to), and we can only move forward from here. With emerging technologies like artificial intelligence at our disposal, it is safe to assume that cancer detection will only get better.

A report by Lancet found that cancer was the second most fatal disease in India, second only to heart disease. While you can do certain things to try and reduce your risk of being affected by cancer and also opt for cancer screenings, you should also make sure to opt for cancer insurance. As they say, hope for the best and prepare for the worst.

A dreadful disease like cancer can still hit you unaware and hence there is no harm at all to be prepared. The financial burden of cancer treatment can add up to the existing mental trauma. Opting for a perfect cancer protection plan like the Future Generali Cancer Protect Plan, starting at only 2₹ per day can help you cover the cost of all stages of cancer treatment. Be wise and choose well.

How Can You Reduce The Risk Of Stroke And Heart Attack? Why Positive Thinking Is Important To Beat Cancer