What are the inclusions and exclusions in a cancer insurance plan 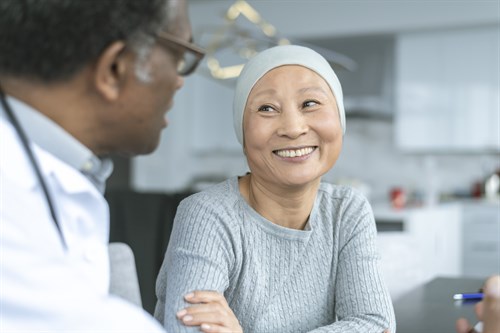 Raj was heartbroken to be diagnosed with cancer at the age of 40 years. His family’s misery was doubled since he was the primary breadwinner and they were scared they might not be able to gather up funds to treat him. His wife, who knew he had been paying regular premiums on cancer insurance policies for both of them, was less worried regarding finances because she knew the policy would ensure a hassle-free treatment. However, she was soon shaken out of her complacence when she realized his cancer was covered under the list of exclusions within his policy.

Cancer insurance plans have manifold benefits including the option for availing lump sum payments straight from the diagnosis of cancer, regardless of the stage. However, it is essential to carefully read the insurance documents before actually signing up for the cancer insurance plan. This is because insurance policies usually have certain inclusions and exclusions which define the expenses that will be borne by the insurer, and the ones that will not. While insurers usually remain competitive by providing different kinds of benefits, most insurers do maintain the same inclusions and exclusions to their policies.

It is important to clearly understand the inclusions and exclusions within the cancer insurance policy that is being opted for. Finding out after diagnosis that the disease is covered under the list of exclusions to a cancer insurance policy causes great strain on the family and also financial resources. Some plans offer a Free Look Cancellation period of 15 days, which allows the potential policyholder to review the terms and conditions of the policy before signing up for it. This is the best time for a policyholder to raise the matter of inclusions and exclusions covered by the policy. Dissatisfaction and return of policy documents enables refund of the premium paid.

Read on below to read about the kinds of inclusions and exclusions usually included under a cancer insurance plan.

It is important for policyholders to be aware of the exclusions under the cancer insurance plan they opt for. Exclusions to a policy mean that these conditions are not covered under the insurance policy, and the policyholder ends up bearing the entire financial burden for their disease thereby destroying the whole purpose of opting for a cancer insurance plan in the first place. The Cancer Protect Plan provides policyholders with a ‘Free Look Cancellation’ period of 15 days or 30 days (if policy is purchased through Distant Marketing Mode) during which they can review their inclusions and exclusions, and cancel the policy if need be. This ensures that potential policyholders are fully aware of the benefits they will receive and can opt-out if they are unwilling to accept the exclusions.