What Role Does Heredity Play in Cancer? 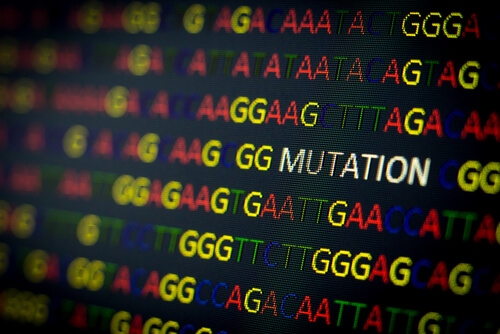 We often hear that cancer ‘runs in the family’, or how someone may have a genetic predisposition to developing cancer. The truth is that about 5% to 10% of all cancer cases occur in someone who inherited a genetic mutation that increases the risk of cancer. Let us understand the role that heredity plays in the causation of cancer.

Cancer, of all types, are caused by some mutations in ‘genes’ in our bodies. Genes are the information units of our cells. Some genes help our bodies to repair any damage amassed because of normal ageing, environmental toxins, exposure to the sun, hormones, among other influences. Genes play a very important part in repairing cells if there’s damage or guiding them to halt growth and die if the damage is massive. Mutations simply refer to the changes that result from any damage done to the cells. As time passes, this damage can accumulate in the cells, making them grow out of control and cause cancer.

Without delving too much into the jargon, here’s the gist: cancer develops due to abnormal growth of damaged cells. This takes several years. The illness can be treated, but the cure depends upon the stage or step at which it is detected.

Genetic mutation: hereditary or not?

More often than not, gene mutations of a cancerous nature happen over a period of several years. This is why most people develop cancer at a later period in their lives. On the other hand, there are some people who might have a gene mutation right from birth, which they would have inherited from either of the parents. This hereditary mutation puts them at a higher risk of cancer than the rest. It is only in such cases that the cancer is called hereditary cancer.

In what manner is hereditary cancer, unlike other forms?

Cancers that occur as a result of an inherited mutation are called hereditary cancers. The ones that are caused due to other reasons are called sporadic cancers. A commonly held belief is that nearly 80% of cancers are actually sporadic. They are, as mentioned previously, the result of gene damage due to environmental exposures, poor dietary habits, etc. Such gene changes are not inherited by the kids or, for that matter, shared between relatives, like the hereditary cancers.

Since the latter are inherited, they can also show up earlier in life than sporadic ones that will develop over a long period. Sporadic cancers may also turn out to be less aggressive than hereditary cancers. This makes it all the more important for someone to be screened for a gene mutation if there’s a family history of cancer.

Signs and implications of hereditary cancer

The first and most obvious sign of hereditary cancer is when someone else in the family has the same diagnosis. However, generally, the increased likelihood of developing ovarian or breast cancer is closely related to BRCA1 and BRCA2 changes.

There are other syndromes like Lunch Syndrome, Cowden Syndrome etc. which also have a pronounced risk of ovarian or breast cancer. Again, without going too deep in the jargon, here’s what it means: if someone in the family has been diagnosed with any cancer or cancer syndromes, the risk of inheriting it is higher. But this isn’t a foolproof statement. On the one hand, certain mutations have been spotted which don’t raise the risk of getting ovarian or breast cancer but increase risks of contracting other types of cancers. On the other end of the spectrum, families have been struck with multiple incidences of ovarian or breast cancer, yet haven’t found any forms of mutation.

A major implication of hereditary cancer is that people who have inherited a gene change may have a higher chance of contracting cancer down the line. This is likely to impact how your cancer is treated, what preventive measures look like, and it may even potentially change your follow-up care. Whether or not cancer runs in your family, you should take appropriate precautions to see that financially, you are ready for whatever comes your way. By opting for a cancer insurance plan, you can successfully mitigate any financial risks that come with the disease.