Are We Becoming An Ageless Society? 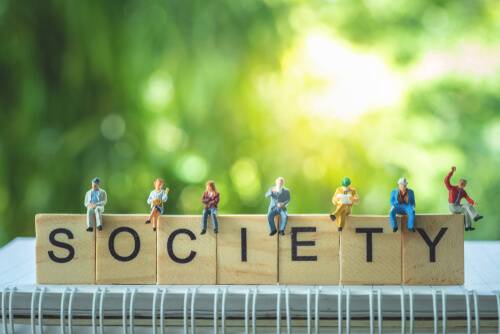 In the 1980s, India’s average lifespan was 48 years. Only two decades later, the average lifespan shot up to 62. That means a generation, only twenty years apart from the one before them, would live up to almost 30 percent longer than their parents could expect to. But more importantly, how we’re spending those years has changed, too. By every measure, we’re achieving more - even when we’re older.

There’s no better example of this other than sport. While it seems like the players keep getting younger and fitter during every ICC Cricket World Cup, this couldn’t be truer. Of course, they are getting fitter, but it seems that the experience of the old is just as valuable as the agility of the young. The oldest team by average age in 2019 - South Africa - was about half a year older to their 2015 counterparts, Pakistan.

Meanwhile, it seems that the youth are achieving more as well, in some cases, faster and more efficiently. Take for example Suhas Gopinath, who at 17 became the world’s youngest CEO after founding a multinational IT company. Talk about overachieving! So if the youth are getting smarter and the old are getting fitter, there’s only one question that remains: has age truly become just a number?

Of course, science and medicine are developing ways for humans to never age. Experimental anti-ageing procedures have been at the center of scientific thought for years now, in the hopes that finding a solution to ageing could lead to efficiency in other parts of our lives. For instance, we probably wouldn’t dedicate so much of our resources - monetary, emotional, and otherwise - on end-of-life care and the treatment of severe illnesses.

Think about it. In a day and age when it seems like everybody is obsessing over age, perhaps the obvious solution would be to go ageless. For many years now, we’ve been tied down by age-based milestones; Our achievements have been bound by how old we are - when we graduate, get married, have kids, and retire are all turning points in our lives defined by our age. But when there are pioneers around us showing us that age shouldn’t - and with enough commitment, can’t - limit us, why place restrictions on ourselves?

But let’s not look at just the outliers. Even when we observe the bigger picture, we can see just how much we’ve progressed as a society towards agelessness. Sure, much hasn’t changed with regard to the cultural markers of success. But age is slowly becoming less important as the global population booms and new opportunities arise.

According to Sarah Harper, professor of gerontology and director of the Oxford Institute of Population Ageing, “Chronological age is completely irrelevant.” She believes society is, more and more, adapting to cater to an older population while simultaneously reducing age-based limitations.

However, there’s a catch: your health has to keep up with how quickly society is changing. She suggests that it is where health and lifestyle overlaps that will determine if we’re even prepared for a society that isn’t defined by age. Though India’s life expectancy has been steadily increasing over the years and medical resources have become both more accessible as well as more deeply researched, our medical institutions must be ready, like the people they cater to, to embrace an age of agelessness.

Some risks are worth taking, Being unprepared for your family’s future is not one of them.

Future Generali Flexi Online Term Plan is an affordable and flexible plan that covers your family's financial future in your absence. Just ₹4,983 per annum can protect your family against the unexpected challenges of tomorrow. Go ahead, take the risks you need to. Your future is in good hands.